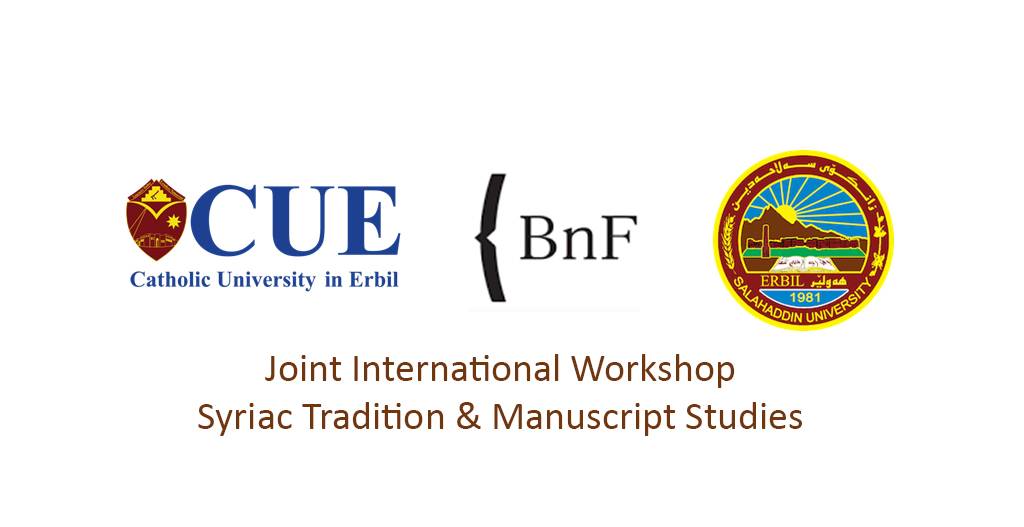 The workshop focused on the methodology of describing and cataloging Syriac manuscripts with the use of modern instruments and applying electronic interfaces for online access to the depositories. The workshop took place on 23-27 September 2019, the first three days, 23-25 Sept. were at the Cultural and Social Center of Salahaddin University- Erbil, while the last two days 26-27 Sept. were at the Catholic University in Erbil.

In the concluding ceremony, which took place at the Catholic University in Erbil, certificates of attendance and appreciation were distributed to the participants. The collaborating institutions expressed their hope for further future cooperation in order to strengthen their academic ties and promote the study and preservation of the Syriac heritage and language.