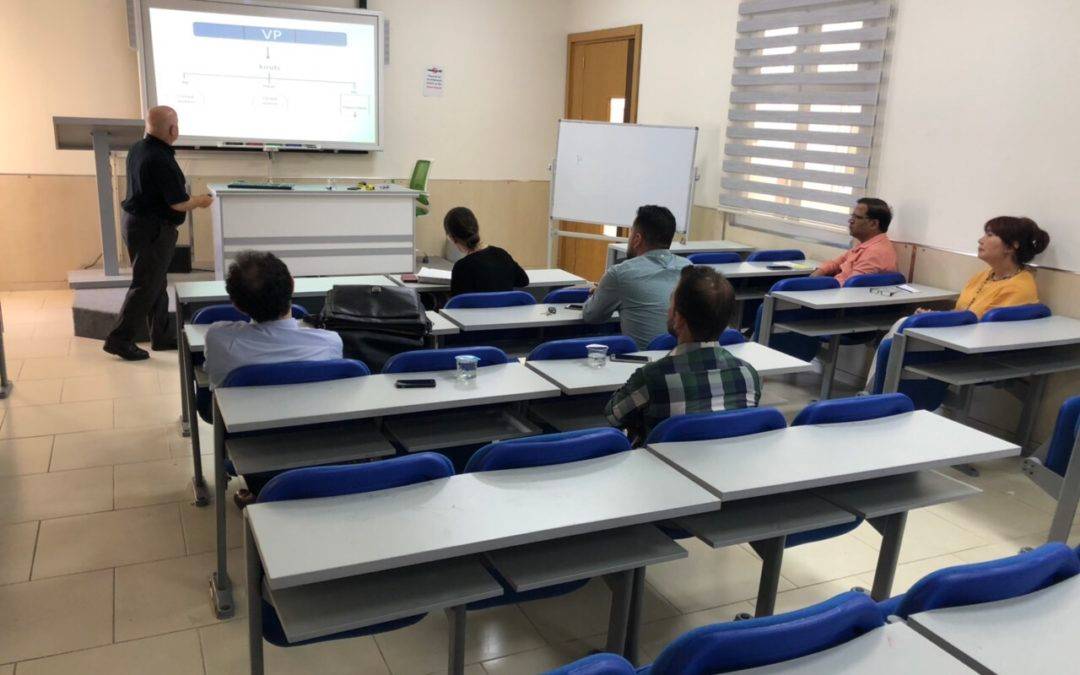 On Monday, May 20,2019, Dr. Aziz Emmanuel Al-Zebari, head of the English Dept. at the CUE gave a seminar Entitled Tenses: a logical and philosophical perspective.

At the beginning of his presentation Dr. Aziz pointed out that tenses posed a challenge in learning a second language, especially for non-English Dept. students as well as teachers. He stressed the importance of understanding tenses within a broad logical and philosophical perspective especially in understanding the relationship between time and verb in language.

He cautioned against trying to learn the tenses of a language relying on those of the mother tongue. Rather, it is important to understand and use them the way they are used by the native speakers of the language.

Comparison between the tenses of the 1st language and those of the 2nd one may be only helpful when there is similarity in the grammatical structures used in both languages. He noted that the main challenge comes when learners of a 2nd language think in their mother tongue and speak/ write in the target language. At the end of the seminar Dr. Aziz responded to the questions raised by the attendant.