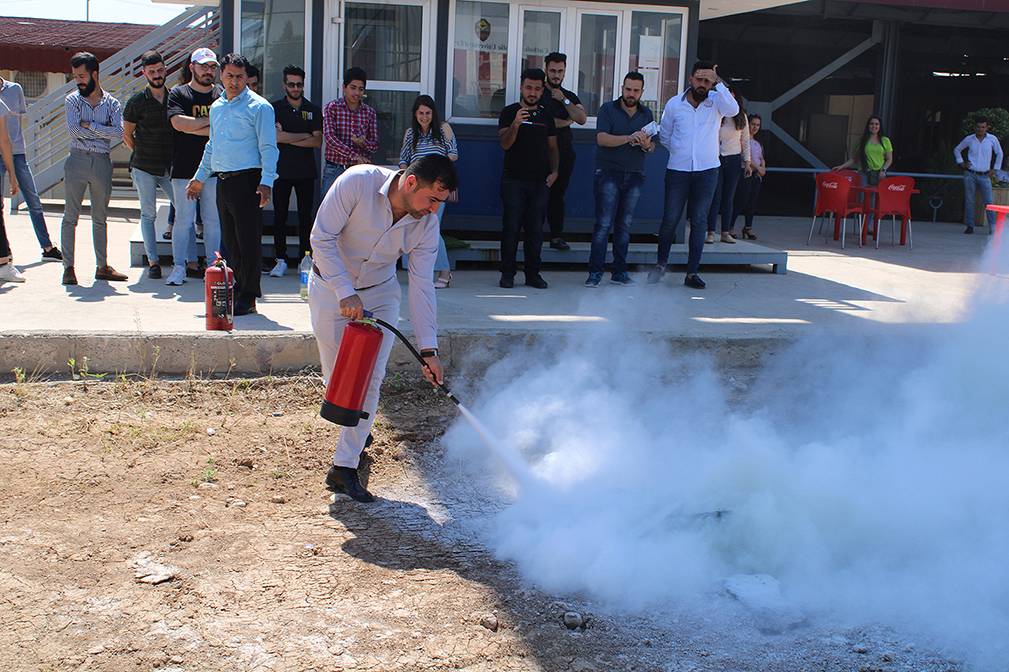 On May 28,2019, Head of health and safety at Catholic University in Erbil organized a one-day workshop for staff and students under the title “Safety and Firefighting.”

The workshop was presented by Mr.Rebwar Abdul Majeed from Civil Defense Directorate of Erbil. The session was broken down into two parts which consisted of a theoretical and practical part.

During the first session, Mr.Rebwar, demonstrated the three elements a fire needs to ignite: heat, fuel, and an oxidizing agent. Also, he explained how to prevent fire caused by electricity, in petrol stations, in the kitchen while cooking and fire caused by the use of electrical appliances.

In the second session of the workshop, Mr. Rebwar explained the different types and uses of Fire Extinguisher for fighting various classes of fire and then presented how to use fire extinguisher to fight a fire.

Dr Sabah Almaleh, Chancellor & President with Some staff and students were given a chance to be a part of the fire extinguishing demos.

A meaningful learning experience for the students and staff alike.